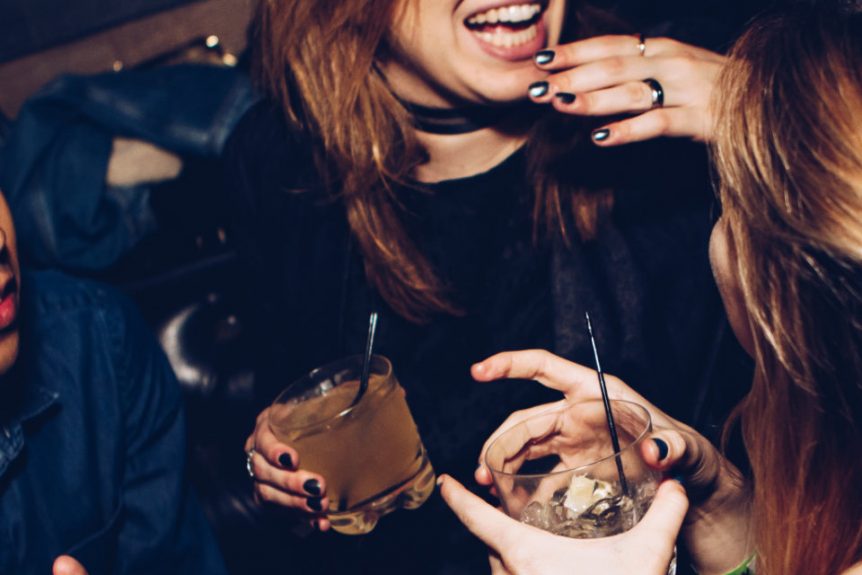 It’s early December, the official start of the silly season. Party invitations, dinner dates and after work drinks are the order of the day.

Many of us will survive on little sleep and a diet of cheap wine and canapés between now and the end of December. It’s survival of the fittest. I love the Christmas party season but I fear the fallout. Drinking injuries, dancing casualties, social faux pas and emotional hangovers abound. It seems no matter what age people are many can’t resist the temptation to take the mantra “eat drink and be merry”, too much to heart.

The office Christmas party is a case in point. Like or loathe your boss, you feel obliged to attend the annual office bash. The nervous staff members tend to drink more than normal for Dutch courage. The rare drinkers often end up rail roaded into raucous rounds of shots in honour of the festive season. The ones who hate their jobs tend to fill their boots with as much free booze as they can get, and worry about the consequences later. And those who love their jobs just smile and sip until they capsize. It seems the only etiquette where the Christmas party is concerned is to go hard or go home.

As a GP a lot of December is dedicated to managing festive fallout. It will start this week with a steady flow of Christmas party casualties and keep going until well into the New Year. A huge bulk of our work is in the field of sexual health and I’m sure its no surprise you that many people get up to mischief under the mistletoe.

Doctors will be spending a lot of this month managing, treating and testing for sexually transmitted infections. They will be dealing with contraceptive crises and relationship breakdowns, all a by product of drinking too much. They will also have to treat indigestion, ulcers and sluggish bowels thanks to people deciding it’s a good idea to consume their entire body weight in booze before the end of 2018. Doctors will have to tend to the aches, sprains, cuts and scrapes that are an inevitable consequence of being inebriated. Whether it’s a fight, a fall or a footwear malfunction a lot of these ailments are provoked by alcohol.

Christmas is by tradition a time to let our hair down and throw caution to the wind. December is definitely not the month to be on a diet or on the dry. The temptation to overindulge is ever present and most of us buckle under the pressure. The phrase “ah go on have another one” will be recited again and again over the coming weeks. This December is unlikely to be any different to last year or the year before. Black outs, wipeouts and knockouts will be the order of the next 31 days. So if you are going to join the party remember it stops being fun and more importantly you stop being funny as soon as you start to act like you have been drinking rocket fuel.

Lets make this festive season one to remember rather than one you would like to forget.